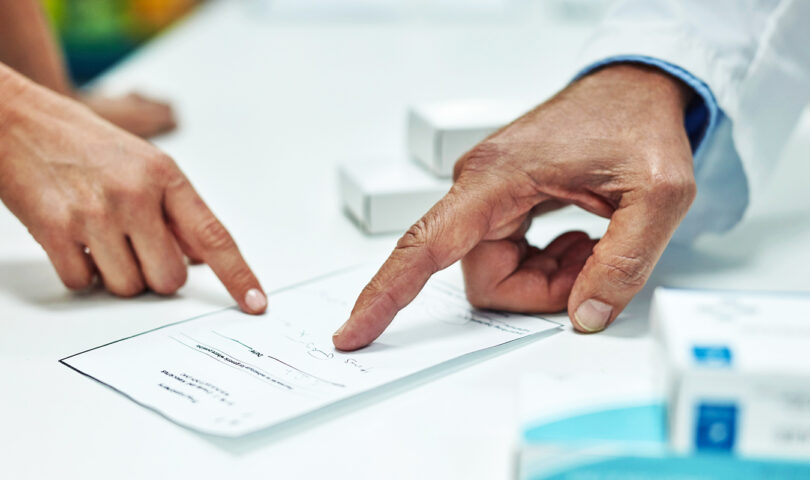 “Close-Up on Complaints” explores incidents reported to the College that have occurred in the provision of patient care and which present learning opportunities. Ideally, pharmacists and pharmacy technicians will be able to identify areas of potential concern within their own practice, and plan and implement measures to help avoid similar incidents from occurring in the future.

SUMMARY OF THE INCIDENT

WHY DID THIS HAPPEN?

This incident occurred because the pharmacist did not practice within the ethical standards of the profession.

While the pharmacist said he consulted a number of resources to find more information on the medication dose, he waited until the patient arrived at the pharmacy to contact the prescriber to ask about the higher dose, and only did so after the patient requested it. In his conversation with the patient, he focused his concern on the potential side effects of the medication on the fetus and not on the woman who was actually his patient, resulting in her feeling judged and disrespected.

Finally, the pharmacist placed his own views and concerns above those of the patient by requiring her to sign a waiver absolving him of all responsibility for negative outcomes associated with the medication use.

The College’s Inquiries, Complaints & Reports Committee oversees investigations of each complaint the College receives. A committee panel considers a pharmacy professional’s conduct, competence and capacity by assessing the facts of each case, reviewing submissions from both the complainant and the professional, and evaluating the available records and documents related to the case.

Finally, the panel found that the use of a waiver in order to dispense the medication was inappropriate. The content of the waiver, which was created by the pharmacist himself, focused on the risks of the medication and stated that no responsibility for negative outcomes from its use lies with the pharmacist or the pharmacy, but did not express any concern with patient safety. The panel noted that the pharmacist’s primary concern seemed to have been protecting himself from liability and that having the patient sign the waiver in the pharmacy could be considered duress as she may have felt that it was the only way to get her time-sensitive medication.

Due to the seriousness of the issue, and the pharmacist’s demonstration that the best interest of the patient was not his primary concern, the panel issued an oral caution and required the pharmacist to complete a course on ethics.

All pharmacy professionals must comply with the ethical principles and standards outlined in the Code of Ethics. The Code requires that pharmacy professionals ensure that their primary focus at all times is the well-being and best interests of the patient. This means that pharmacists and pharmacy technicians should not put their personal interests above those of their patients.

A fundamental component of the Code is that pharmacy professionals recognize and respect the vulnerability of patients and treat them with sensitivity, caring, consideration and respect. In this case, the pharmacist should have recognized that the patient may have been feeling quite vulnerable and, as a result, ensured that he expressed compassion, not judgment.

If a pharmacy professional declines to provide a product or service due to a conscientious objection, they must meet the expectations as outlined in Standard 2.13 of the Code and in the College’s guideline on Professional Obligations When Declining to Provide a Pharmacy Product or Service Due to Conscience or Religion. These obligations include making an effective referral in a timely manner and ensuring that it is done in a sensitive and respectful manner that does not impose any personal moral judgments or directly convey their conscientious objection to the patient.

Pharmacy professionals must take appropriate action to prevent medication discrepancies and errors. If a pharmacist has a concern about the dosing of a medication, it is the responsibility of that pharmacist to seek clarity on the prescriber’s instructions. This is not an obligation that should be presented as a service or favour to the patient. Clarifications with the prescriber should be done in a timely manner, especially where there may be significant time constraints on the administration of the medication.

Under both the Code and the standards of the profession, pharmacy professionals must accept responsibility for their actions and decisions. The panel noted that, outside of truly exceptional circumstances, there is no place in the practice of pharmacy for patients to sign waivers. The more appropriate place for a note about the pharmacist’s concerns would have been the patient’s profile, where the pharmacist could have provided details about his conversation with the patient. Pharmacy professionals must have due regard for the best interests of the patient at all times  a waiver, especially one that does not focus on the patient’s own health and safety, can imply that the pharmacist’s liability is more important than the patient’s well-being.

Ultimately, the Code of Ethics requires all pharmacy professionals to be guided by the foundational principles of healthcare: serving and protecting the best interests of patients, being diligent in doing no harm, understanding that all persons are worthy of respect, compassion and consideration, and keeping the public trust by acting in the patient’s best interest and not their own.