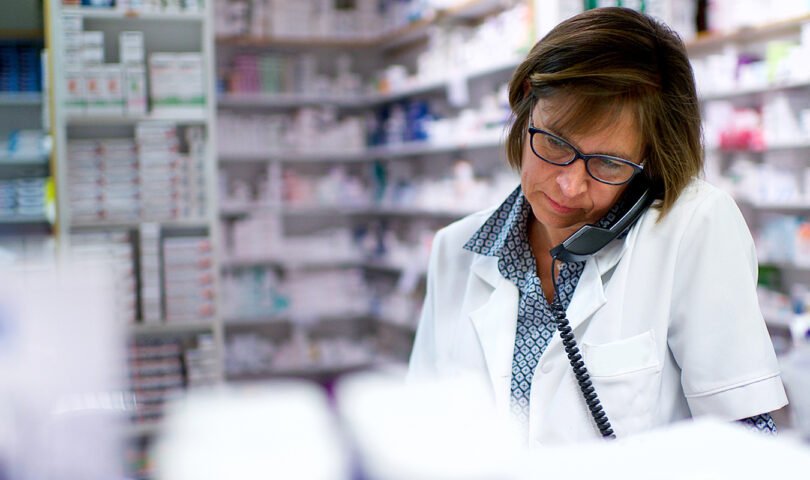 Close-Up on Complaints explores incidents reported to the College that have occurred in the provision of patient care and which present learning opportunities. Ideally, pharmacists and pharmacy technicians will be able to identify areas of potential concern within their own practice, and plan and implement measures to help avoid similar incidents from occurring in the future.

SUMMARY OF THE INCIDENT
A patient visited his community pharmacy to pick up his prescription refills for lorazepam and risperidone as requested a few days earlier. While the risperidone was ready, the pharmacist refused to dispense the lorazepam because the patient still had two days (doses) remaining of his current prescription.

The pharmacist explained that she would only dispense the lorazepam before the patient was out of the medication if she contacted the physician to authorize an early release. As this incident occurred on a Sunday, the physician was not available, and this was not communicated to the patient before he arrived to pick up the refills. She asked the patient to come back to the pharmacy in two days, once the physician approved the early release.

The patient expressed concern about running out of his medication and felt that this was an unnecessary inconvenience due to his busy work schedule which prevented him from being able to make frequent pharmacy visits. The patient’s view was that he should have been given some leeway related to his refill given that it was a difference of two days and that he was not aware of his doctor placing any limits on when he could refill his prescriptions. The patient also indicated that he felt lied to and that the pharmacist communicated and acted in a demeaning, unprofessional manner toward him.

WHY DID THIS HAPPEN?
The pharmacist believed that it was important not to release the lorazepam  a targeted substance  before the day it was due, unless the physician provided authorization for early release. The pharmacist’s rationale, as explained to the patient, did not seem to take into account any other factors; the patient felt as if his needs were not being met. This case illustrates the importance of putting patients at the centre of the decision-making process and of considering all of the information and circumstances at hand before exercising professional judgement.

COMPLAINT OUTCOME
The College’s Inquiries, Complaints & Reports Committee oversees investigations of each complaint the College receives. A committee panel considers a pharmacy professional’s conduct, competence and capacity by assessing the facts of each case, reviewing submissions from both the complainant and the professional, and evaluating the available records and documents related to the case.

The pharmacist had the ability to exercise her professional judgement as to whether to release the medication to the patient after reviewing all the information available to her. In this case, there was no interval on the patient’s prescription and the panel observed that the pharmacist did not take this into consideration. Furthermore, the patient’s profile did not show a history or pattern of misuse, noncompliance, or early refills.

With regards to the pharmacist acting in a demeaning and unprofessional manner, both parties offered divergent accounts of what took place and there was no evidence to definitively determine if the pharmacist behaved inappropriately. The panel noted that human communication is both verbal and non-verbal and is affected by such things as context, tone, word choice and body language. As such, pharmacy professionals should keep all of these factors in mind when communicating with patients.

In light of the above reasons, the panel issued the member Advice/Recommendations.

ADVICE/RECOMMENDATIONS
Advice/recommendations allow an opportunity for pharmacy professionals to improve conduct or care.

Advice/recommendations are issued as a remedial measure for matters which are not serious in nature and are considered to pose low risk of harm to the public.

LEARNINGS FOR PHARMACY PROFESSIONALS
The Standards of Practice state that pharmacists must use evidence from relevant sources to inform their activities and critically evaluate medication and related information.

The pharmacist in this case should have thoroughly considered and evaluated all the information at her disposal, including the content of the patient’s prescription, his history, his underlying medical condition(s), the rationale for his request, and the amount of his medication remaining. In delivering high quality patient care, pharmacy professionals must properly assess the entirety of each situation as it arises. When making difficult decisions, pharmacists are encouraged to engage in discussion, consultation and deliberation with their peers when they feel it may be helpful to do so.

The Standards also outline circumstances where a pharmacist may refuse to dispense a prescription, such as when there is a risk to the patient, but that the patient’s best interests should be at the core of all activities. Regardless of the decision made, pharmacy professionals are responsible for their actions and should effectively communicate the rationale for their decision to the patient as well as document their decision.

In addition, as a Standard of Practice, pharmacists must demonstrate professionalism and empathy, and apply the principles of the Code of Ethics when providing patient care. Although there was no evidence that the pharmacist in this case acted in an unprofessional manner, pharmacy professionals are reminded of their obligations to treat patients fairly and with dignity, respect, and compassion.