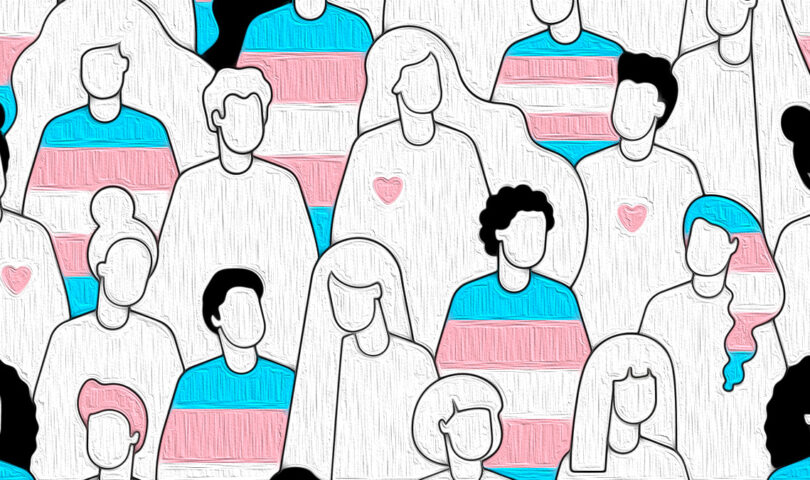 Equity, Diversity and Inclusion (EDI) principles are important to consider in all of your interactions as a pharmacy professional. The College is committed to developing a formal EDI strategy to support our public interest mandate, further enhance our role as Ontario’s pharmacy regulator and support pharmacy professionals in their ongoing EDI learning.

Incorporating EDI as part of your pharmacy practice enhances the delivery of safe, quality pharmacy care, further supports existing expectations under the Code of Ethics in treating patients fairly and equitably, and supports the diverse needs of Ontario’s patients.

Pharmacy Connection is sharing this reflection from a patient who speaks to the importance of embracing EDI in everyday pharmacy practice.

I still remember going to the pharmacy to get my first prescription filled for the hormones I needed to transition from male to female. It was late 1999 and I was living in Toronto at the time.

Sex reassignment surgery had just been de-listed the previous year by the provincial government so while CAMH still operated the province’s only gender clinic, they had no ability to authorize any surgeries. This meant that members of the Trans* [1] community were basically left to their own devices to find and, when necessary, pay for appropriate health care related to their transition.

I counted myself privileged that I had a well-paying job that allowed me to borrow the necessary funds for surgery in the US (approximately $65,000 CDN at the time). But before that, I needed to find a doctor, psychologist, and pharmacist to provide the necessary care as I moved towards that goal.

There were established medical protocols but only one or two doctors in the city who would provide us medical care, transition related or otherwise, so I struggled. But with time and perseverance, I found the care I needed to move forward on my journey. There were certainly hurdles to overcome, such as the fact that my doctor liked to book 40 people for the first appointment of the day and negotiating the waiting list for the only psychiatrist in Southwestern Ontario who would see Trans* patients, but for the most part they were caring individuals who were doing their best in an imperfect system and trying to serve a community in need.

In my case, filling my first script for female hormones was both scary and exhilarating. I knew of several friends whose pharmacist had denied filling their scripts or had otherwise made the experience difficult. But Trans* people are generally a strong bunch because we have to overcome so many barriers. Since my transition over 20 years ago, so many aspects of healthcare have improved, from the overall availability of primary healthcare to professionals’ interactions with patients on an individual/personal level. However, some of the same barriers I faced in 1999 are still being faced by individuals both in Toronto and communities across the province.

One of these points of friction is the use of proper pronouns when dealing with patients who present scripts to the pharmacist. Although it’s been a long time since I was personally mis-gendered (referring to me as a “he” instead of a “she”), for others, particularly those who are just starting to transition, it is a situation that is all too frequent and can be quite problematic for them. At a time when the patient is likely already upending all of their relationships by virtue of disclosing their transition plans and are worried about housing and employment discrimination, being mis-gendered can be uncomfortable and hurtful, as well as effectively outing the person to potential violence, which is still all too rampant against Trans* and gender non-confirming persons, even in large centres. To be fair, mis-gendering is often the result of an honest mistake and may happen because we are unsure how to refer to someone. I have had many friends, both straight, gay, lesbian and Trans* have it happen to them in their lives but that doesn’t make it right and in the end, it creates a negative association with your business.

In pharmacy situations, mis-gendering usually happens when a staff member is interacting with a patient at the counter who is dropping off or picking up a prescription. Perhaps the patient is Trans* or identifies as non-binary and the staff chooses a pronoun, which may or may not be applicable. While living as Jenn and obviously presenting as a woman, I have been variously called Ma’am, Sir, Guy and the very problematic “Ma’am/Sir.” Sometimes it was a mistake but often I felt it was used as a slur or a challenge. I felt that a line had been crossed for the staff member and I needed to be put in my place. Regardless of the reason, it usually made me feel unsafe and scared for my potential safety, particularly if other people overheard – and this was in downtown Toronto. What if this happened to someone in a smaller city or town? The threat of violence is real and even if nothing comes of it, it still creates a negative association with the establishment.

To address this issue, many client- or patient-facing workplaces are moving to eliminate the use of pronouns to create more inclusive and safer environments for all. In place of using “Sir” or “Ma’am”, many work and patient facing services are choosing instead to use the term “they”, such as: “the patient at the counter” or “I have a patient and they are asking about potential side-effects.” By doing something as simple as this you can create a more inclusive environment not just for Trans* and gender non-conforming persons, but other people who also sometimes get misgendered. With the growing diversity of our client bases and the increased levels of personal expression, creating a more inclusive and respectful environment where all patients feel valued should be a business imperative.

The Value and Importance of EDI

Respect and embracing equity, diversity and inclusion is both a social and business imperative in today’s world. With the increased profile and discussion of issues affecting visible minorities, Indigenous peoples, people with disabilities and members of the LGBT2SQ+ communities, the businesses that prosper are the ones that understand the needs of the communities they serve and seek to provide relevant products and solutions in a respectful and well-informed manner. On a service level, if a patient feels disrespected, they will likely seek treatment elsewhere if possible and advise others to do the same. However, the reverse is also true. If a patient feels well served by staff who respect them and are knowledgeable, they are more likely to return for care.

Respect for equity, diversity and inclusion also reaches behind the counter too. If the professional setting is truly inclusive and strives to offer equitable opportunities to all, staff members and colleagues become more productive and embrace new ideas, leading to increased innovation and better service.